How to stop the flames of gaslighting 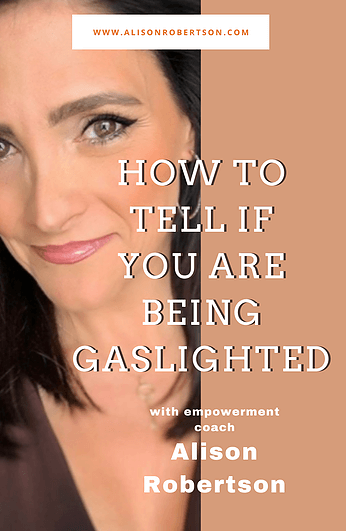 Gaslight is a 1944 film starring Ingrid Bergman in which she plays a young bride who unwittingly marries a murderer and a con artist who is secretly attempting to drive her mad so he can steal her inheritance.

Every time Bergman?s character leaves a room, her husband, played by Charles Boyer, gradually turns down the gaslight so that it glows dimmer and dimmer.

When she returns to the room and mentions that the light seems different, her husband denies her perception and implies that she is hysterical and in need of rest, thus setting the stage for his eventual crime.

?Gaslighting has come to describe a pattern of psychological abuse in which the victim is gradually manipulated into doubting his or her own reality.?

Manipulative people will work to make us doubt our own inner sense of right and wrong and our own judgment and ideas about the world, and they use a number of tactics to do this.

In her book, The Gaslight Effect: How to Spot and Survive the Hidden Manipulations Other People Use to Control Your Life, (Morgan Road Books, 2007) Dr. Robin Stern discusses the many ways we can find ourselves confused by the behavior of a gaslighter: ?The Gaslight Effect results from a relationship between two people: a gaslighter, who needs to be right in order to preserve his own sense of self and his sense of having power in the world; and a gaslighted, who allows the gaslighter to define her sense of reality because she idealizes him and seeks his approval.

Gaslighters and gaslighted can be of either gender, and gaslighting can happen in any type of relationship.?

Highly sensitive people, like myself, can have a hard time wrapping our brains around this concept.

Our ?people-pleasing? can take over and make it hard to deal with those who are gaslighting us. But there is great advice out there to help navigate these waters.

Dr. Stern writes: ?Pay rigorous attention to your feelings. Often, when you?re with a gaslighter, you can?t cut through the fog of verbiage and emotional abuse, so you may not be able to think your way to clarity while you?re talking, but you can always say, ?I don?t like the way I feel. Let?s continue at another time,? and cut the interaction short. Talk to your gaslighter on your own terms and your own timetable, and let your feelings tell you when you?ve had enough.? 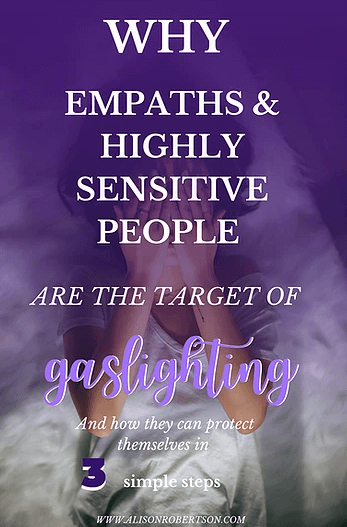 Here are Three Steps to Handle Manipulative Gaslighters in Your Life:

Learn the difference between asking/telling:

Gaslighters use a technique to throw their targets off guard wherein they tend to tell you what it is they expect you to do, instead of asking you to do it.

Ever wonder how you end up getting cornered into doing things you don?t want to do, blaming yourself for your inability to say no, and wondering how it happens?

When someone tells or essentially orders you to do something, many of us who were raised to be ?good boys/girls,? and perhaps had authoritarian parents, are conditioned to respond to direct order.

Listen to how people are speaking to you, is that friend telling you things like ?you need to give me a ride because my car is in the shop,? or something similar?

Take a moment and breathe, and just like Alex Trebek, require that the person asking for your help rephrase their need in the form of a question.

Beware of the ?polar responder?:

These are people who belong on the high school debate team. No matter what you say, they will take the opposite stance.

These people don?t actually believe what they are saying, they just enjoy arguing.

Don?t take the bait. Move on and save yourself time because if you allow them to, they will distract you from the more important things in life with their endless confrontational attempts at getting attention.

?Insist on Your Own Perceptions.?

Advice from Dr. Stern?s book: ?I recommend having a sentence that says--to both you and your gaslighter--that you own your own perceptions and express them with authority. Here are a few suggestions:

?I know you feel that way, but I don?t agree with you.?

?That is your perception, but mine is different.??

Taking ownership of your life means disengaging from people who seek to dominate you, especially those who seek to control your thoughts and beliefs.

Our minds are the last frontier, we have every right to see the world in our own way, and we should allow no one to dictate to us what our own perception should be.

Learn how to avoid the techniques of manipulators and gaslighters, and take back the very basic freedom of your own mental space.